Dozens of corporations from around the world have collectively donated millions of dollars to left-wing organizations that advocate for defunding America’s police departments, a Daily Caller News Foundation review found.

Companies including Microsoft, Intel and Airbnb have donated to Black Lives Matter Global Network and Color of Change, both of which want to defund police departments across the country.

Color of Change is leading a national petition campaign demanding elected officials “defund the police, and invest in communities now!”

“Policing is a violent institution that must end,” Color of Change President Rashad Robinson said after the Minneapolis City Council voted to “dismantle” its police department.

“We imagine a country where there is enough money to educate our children, care for our sick and feed those who are financially unstable,” Robinson continued. “Defunding the police allows for this vision.”

Black Lives Matter Global Network, the national arm of Black Lives Matter, released a statement on May 30 calling for “a national defunding of police.” The organization published a video on June 6 arguing that “defunding the police is the only way to stop pouring resources into a system that doesn’t keep us safe.”

Both Black Lives Matter and Color of Change have seen a flood of corporate donations since George Floyd, a black man, died after a Minneapolis police officer knelt on his neck for more than eight minutes, according to video.

We believe in equal rights for everyone. We stand with and support the Black community – today and every day. We understand that this goes far beyond a social media post. We’ve learned the hard way how much work we still must do to live by the values we believe in. We’re committed to using our voice and influence to do our part and stand up against racism and discrimination. Today, H&M group will donate 500 000 USD to @naacp, @colorofchange and @aclu_nationwide. We support these organisations in their efforts for justice, economic rights and democratic empowerment. Let’s change. Together. #BlackLivesMatter H&M

Clif Bar announced a $100,000 donation split between two groups, including Color of Change, in a June 1 Facebook post.

Cisco announced on June 1 that it was splitting a $5 million donation across four social justice groups, including both Color of Change and Black Lives Matter.

At Cisco, we stand in solidarity with those taking action to eradicate systemic racism and inequality. Cisco CEO @chuckrobbins announced a $5M donation to @eji_org, @NAACP_LDF, @ColorofChange, @Blklivesmatter and our Fighting Racism and Discrimination Fund. #BlackLivesMatter

RITZ Crackers announced on June 4 that the company and its sister brands — OREO, Trident and Chips Ahoy! — had donated $500,000 to the NAACP and Black Lives Matter.

We will not stay silent on the issue of systemic racism. We stand with the Black community and recognize the importance of taking action to drive change. As a first step towards this, Degree is pledging $100K to @Blklivesmatter #BlackLivesMatter pic.twitter.com/YHP5nfzJTK

Food delivery service DoorDash donated $500,000 to Black Lives Matter, along with donations to other racial justice groups, the company announced in a June blog post.

Slack CEO Stewart Butterfield and his wife announced they would make a $700,000 donation to Color of Change, Black Lives Matter and a host of other organizations in June, Protocol reported. The couple also said they would match $300,000 in employee gifts to organizations.

Clothing brand Vans Inc. announced a $50,000 donation to Color of Change in June, according to the Orange County Business Journal.

Women’s working space collective, The Wing, donated $200,000 to Color of Change in June, according to Protocol.

The Pokémon Company International company announced on Twitter in June it would be making a $100,000 donation to Black Lives Matter.

Women’s undergarment company Spanx said it would donate $100,000 across multiple organizations, including Black Lives Matter, the NAACP and the Minnesota Freedom Fund, according to a June 3 Instagram post.

The Minnesota Freedom Fund has faced scrutiny for using donations to post bail for alleged violent criminals, including a woman charged with murder and a convicted rapist.

Beauty company Biossance announced it would donate $100,000 to Color of Change, Black Lives Matter, the ACLU and the Minnesota Freedom Fund in a June Instagram post.

Sportswear company Lululemon announced they donated a $250,000 sum to a variety of organizations, including Black Lives Matter, according to an Instagram post.

None of the companies other than DoorDash returned requests for comment.

“In the wake of the death of George Floyd, DoorDash has taken a series of steps to show our support for equality and to stand against discrimination, including by making donations to a number of national and local organizations and leveraging our platform to support Black-owned businesses,” DoorDash global head of public affairs Taylor Bennett told the DCNF in an email.

“In partnership with our Black@DoorDash Employee Resource Group (ERG) and in consultation with civil rights leaders, we made donations to Black Lives Matter, the NAACP Legal Defense Fund, Black Girls Code, and a number of local organizations across the country that work to empower local economies to promote equality,” Bennett’s email continued.

“Our goal with these donations and the other actions we announced is to stand with our employees and community members to fight injustice, inequality and discrimination and to support organizations that are working to root out structural and systemic racism and providing local community development, mentorship, education and entrepreneurship programs to support Black communities across the country,” Bennett said. 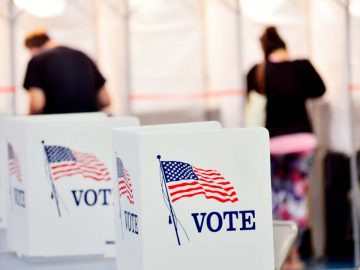 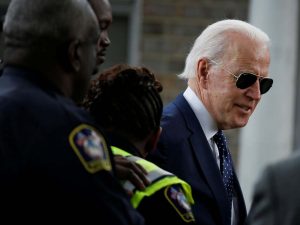 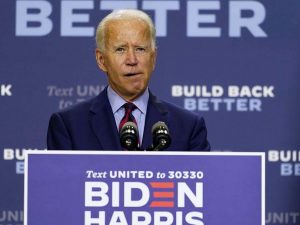 News
‘There Are Consequences’: Melania Trump Goes After Journalist On Twitter

Melania Trump said Friday “there are consequences” for writing “false stories” as ...